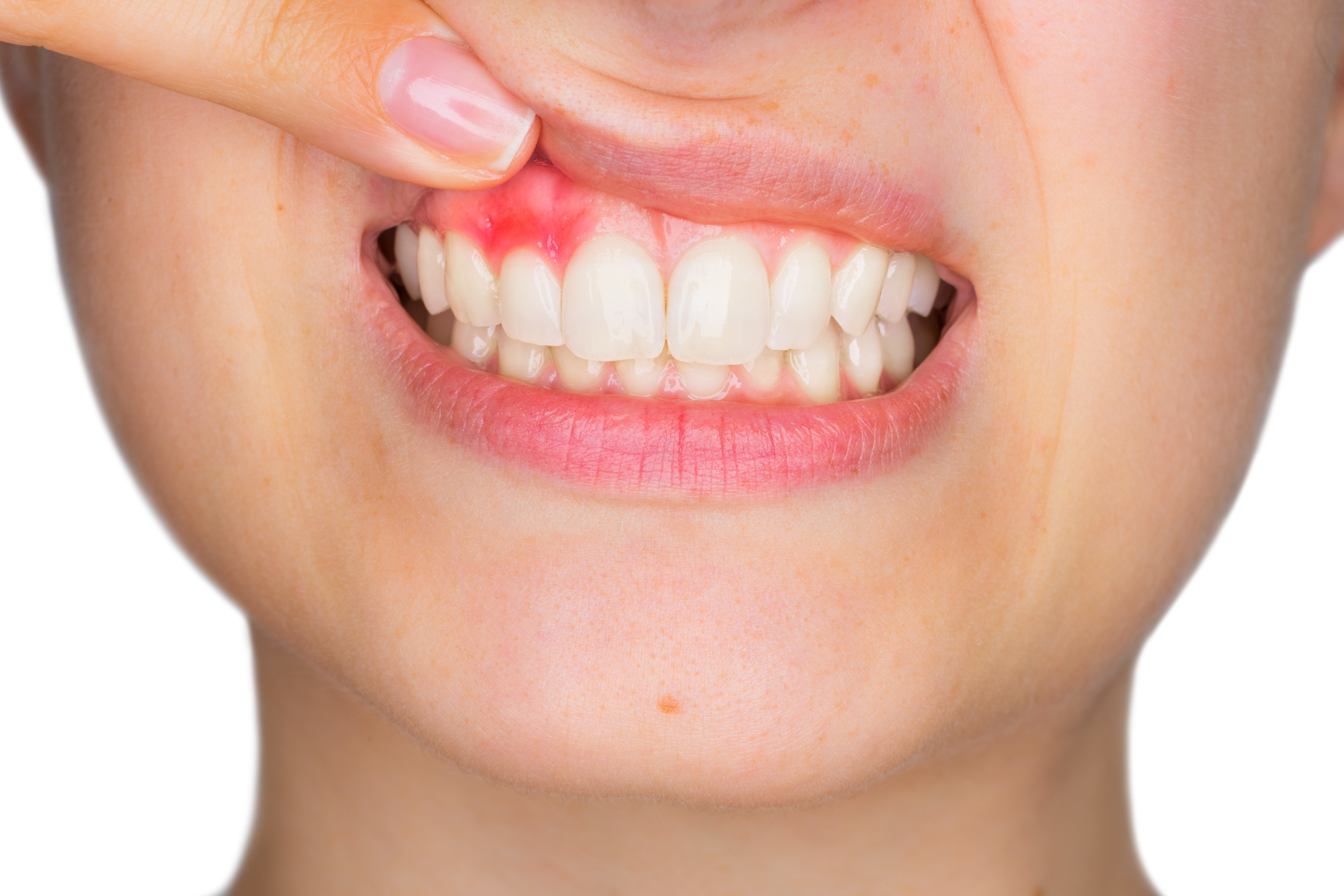 Closeup portrait of young woman showing, with her finger, inflamed and bleeding gums with painful expression. Dental care and toothache.

One of the symptoms of periodontal disease is bleeding gums, especially when you brush or floss. It can be painful, and it might leave you questioning your dental health.

Over 50% of Americans over the age of 30 have periodontitis. This is a type of periodontal disease, which is inflammation (and usually infection) of the gums.

In this article, we’ll discuss what causes bleeding gums and the available treatment options.

If you suffer from it, you might be wondering: why are my gums bleeding? Here are a few reasons why you might have this condition.

A Buildup of Plaque

The most common reason why you have bleeding gums is because of a buildup of plaque on your gum line. If you leave this alone to grow, then you’ll most likely develop gingivitis.

When you have gingivitis, you’ll typically have swollen gums and bad breath, in addition to bleeding gums.

You should be brushing at least twice a day and flossing at least once a day. This should keep your teeth and gums healthy.

However, there is such a thing as overdoing it. If you brush too hard, not only do you risk enamel erosion and receding gums, but it’ll also cause your gums to bleed.

It’s the same thing with flossing. Using too much pressure can cause your gums to bleed.

Certain vitamin deficiencies can cause your gums to bleed more easily. The main ones are vitamins C and K.

Pregnancy can also cause some hormonal changes. As a result, your gums might bleed in this period.

In addition, any type of infection in your tooth or gums may cause your gums to bleed too.

How to Stop Bleeding Gums

Now that you know some of the causes of bleeding gums, here are some of the effective ways on how to stop gums from bleeding.

Use Proper Brushing and Flossing Techniques

If your gums are bleeding, one of the first things you should try is changing your technique for brushing and flossing. Chances are, you’re being too heavy-handed and the problem can be fixed by letting up a little.

For those of you who are currently using manual toothbrushes, consider switching to electric toothbrushes. You can choose softer brush heads, which will be gentler on your teeth and gums.

Plus, most (if not all) have a sensor, so if you’re brushing too hard, a light will switch on to alert you. This can help you change your brushing habits to be better on your gums.

As for flossing, you might want to opt for rubber floss picks or soft picks. These are much gentler on your gums than regular floss and toothpicks are. In addition, they’re great for stimulation, which can promote gum health.

Mouthwash is promoted as something good for your oral hygiene, especially the alcohol-based type. After all, the alcohol kills off bacteria.

However, there’s a major downside that comes with this: it can dry out your mouth. When this happens, it can further irritate your gums and cause them to bleed even more.

Use a Hydrogen Peroxide Rinse

Instead of using an alcohol-based mouthwash, opt for a hydrogen peroxide rinse. This can help reduce both swelling and bleeding in your gums. There’s also the side benefit of the hydrogen peroxide having a whitening effect on your teeth.

If you don’t have hydrogen peroxide, you can substitute the rinse for a saltwater one instead. This will be gentle on your gums and can fight off bad bacteria so you can get rid of bad breath and bleeding gums.

If you believe your gum bleeding is a result of a health condition you have (not tooth or gum-related), it’s always worth a try to speak with your doctor. They can prescribe you different medications or adjust your current ones to see if that helps with your gums.

Chances are, if you have bleeding gums, you have some degree of periodontal disease. It can be hard to pinpoint what the issue is, especially if you don’t have professional dental training. So the best thing to do is to see a reputable dentist for gum disease treatment.

When you book an appointment, they can perform a thorough exam and take your medical history. With all this information, they can then determine what’s causing your bleeding gums and recommend the best course of action.

In any case, you should be seeing your dentist at least once a year anyway. Not only can they detect any cavities before they get bigger, but they can also get rid of plaque buildup, which is another cause of bleeding gums.

Get Treatment for Your Bleeding Gums

As you can see, there are a number of things that can cause bleeding gums. As a result, there are various ways a dentist can approach treating the issue.

If you’re wondering how to treat bleeding gums, the best thing to do is to book an appointment with a good dentist. Together, you can figure out what’s causing this painful problem and they can put together a plan that’s best suited for you.

In the end, you’ll be on the right path to optimal oral hygiene, which means less of the gum bleeding and healthier gums!

If you’ve been thinking, “Why are my gums bleeding?” then you should visit with Dr. Newhart. Book an appointment today. A member of our team will get back to you by phone.

We will do our best to accommodate your busy schedule. Please schedule an appointment today!

Call Us Text Us